Michal is an Open Web Alchemist from Warsaw, Poland, responsible for many ridiculus experiments like CSS Nyan Cat or All your gradient are belong to us.

Michal officiates as an HTML5 GameDev trainer in W3C and ran technical workshops and tech-talks in many countries on different continents - in 2011 he spoke for example in Brazil, Nepal, Australia and almost all of the European countries. He recently organized onGameStart, the first HTML5 games conference and safely says that making web a better place is not just his job - it's his lifestyle.

Erlend has been working as a developer since 2004 and is head of the security competency group at Bekk Consulting AS. He is also head of the OWASP Norway chapter. His main focus is on application security and how we as developers can build more secure software, without losing the flexibility that we want and need.

Addy Osmani is a Developer Programs Engineer at Google who prolifically speaks and writes about JavaScript on a weekly basis. His material covers everything from building large-scale applications to using polyfills to bring the web's latest hotness to older browsers.

Whilst Addy loves writing, his true passion is in helping move the web (even a little) forward. He's a member of the jQuery Core bug triage and docs teams and has also contributed to the open-source library, Modernizr.

Addy is currently writing two books on JavaScript with O'Reilly Media - Learning JavaScript Design Patterns and Developing Backbone.js Applications, both of which will be out in the next few months.

Christian is a passionate programmer currently working at gitorious.org where he does everything from JavaScript to Ruby to Unix systems tuning.

He is the author of Test-Driven JavaScript Development, and he maintains several open source projects, including the recently released test-framework Buster.JS and the popular mocking framework Sinon.JS.

After dark you may find him tinkering with his Emacs setup, coding Lisp and slowly being devoured by the world of functional programming.

Felix Geisendörfer is a node.js core developer and has experienced it’s strength and shortcomings first-hand while building transloadit.com.

When not event-looping, he loves going street unicycling and watching squirrels.

As a core developer on both the Watir and Selenium projects, and the founder of related projects such as Celerity and watir-webdriver, Jari has extensive experience in the web test automation space. Since late 2009 his open source efforts have been focused on Selenium 2/WebDriver, for which he wrote and maintains the official Ruby bindings. His watir-webdriver project, an implementation of Watir's API on top of the WebDriver techonlogy, marks an important step forward in consolidating the Watir and Selenium projects on the best browser automation tech available.

By day Jari works as a senior test engineer for Norwegian classified ads site FINN.no, where he develops automation solutions and test infrastructure as part of the Engineering Productivity team. By night, he enjoys hacking on Ruby tools and making use of his degree in jazz guitar.

Zed A. Shaw is the creator of the greatest software development methodology ever: Programming, Motherfucker. He also writes books that teach people to code, including Learn Python The Hard Way, Learn Ruby The Hard Way, and soon to be released Learn C The Hard Way.

He plays a lot of guitar, and builds them too.

Nikolai is co-founder of uxebu, living in Amsterdam. He's been working on projects such as the DojoToolkit, HumanAPI and has been developing cross-platform apps for mobile devices since the iPhone came out.

He is now working on Bikeshed, a beautiful JavaScript API + more to create amazing graphical content for the web and is building tools which make creation of graphical content easier with the mobile devices we have at hand.

Brian LeRoux has been thrashing devices with the PhoneGap project since its inception at Nitobi in Vancouver, Canada. These days he works at Adobe Systems in San Francisco on the open source analogue Apache Cordova. Mostly known for his mobile web work, but also happens to have created wtfjs.com and even sports a tattoo.

Brian believes in a future that is mobile, free, open source, and created by hackers like you.

Vyacheslav, aka mraleph, is a software engineer who has a thing about virtual machines and compilers. Before joining Google's V8 team in Aarhus, Denmark, he worked on Java VM with ahead-of-time compiler at Excelsior LLC.

Jake Archibald is a developer at Lanyrd specialising in client-side stuff, although dabbles in a bit of Django. He built their mobile web app which went for ambitious device support rather than "Webkit only thank-you-please". He's keen on web performance, developing Sprite Cow to help ease the pain of sprite sheets, and started a blog way after blogs stopped being cool.

Outside of the web, he likes the taste of beer, watches Formula One, and likes taking photos of things. He has ambitions to be a fashion designer.

Jerome is a hardcore JavaScript developer. He is focused on WebGL, JavaScript, and cool HTML5 game stuff. He organizes various local events to spread the word in local communities. He likes three.js quite a bit and write learningthreejs.com blog, trying to make WebGL easier to reach for beginners. He is currently writing tQuery, a thin library mixin Three.js power with jQuery API usability. Thus people who already knows jQuery could easily use three.js.

Bernd Mrohs has a long time experience with cross-platform, mobile, location-based services. He studied Computer Science and worked in research and startups before. Now, he is Head of Mobile HTML5 Framework at Nokia Location & Commerce in Berlin. His dedication is a JavaScript framework that empowers developers to build applications like Nokia Maps Mobile HTML5. He enjoys programming in JavaScript/HTML5, but also creating native apps for mobile devices.

Mathieu 'p01' Henri is a JavaScript developer at Opera working on the developer tool Dragonfly.

p01 grew up in the demo scene and is more of a JavaScript freak. He specializes in extreme size optimization and has been among the top four in three out of four JS1k competitions. He also creates music and visuals in assembly language on Atari and MS DOS.

Before joining Opera's DevTools team he made web applications and technical demos on pretty much any mobile phone, TV, video game console, or what ever device his employer got their hands on and he played with Audio and 3D Canvas before they existed in the browser.

Creator of things and stuff

August is a programmer that creates systems and things and stuff. He's hard at work on Buster.JS, and will hopefully cut 1.0 before the world ends later this year. At work, he's built realtime systems with Node.js, single page web apps with JavaScript, backends and webapps with Rails, and native iPhone apps on his previous job. When he's not working on Buster.JS, he occasionally hacks hardware at Bitraf and tries to do as much Clojure as he can.

Dave Herman loves JavaScript for the language it desperately wants to be, and works with TC39 trying to help it realize its true potential. Dave works at Mozilla Research on various technology experiments, usually involving programming languages and compilers.

Glenn is a PM at Microsoft working on support for node.js in Windows and Azure, formerly a PM on the ASP.NET Web API Team. Glenn has a breadth of experience both inside and outside Microsoft developing software solutions for ISVs and the enterprise. Glenn has been a passionate supporter of open source and has been active in involving folks from the community in the development of software at Microsoft. 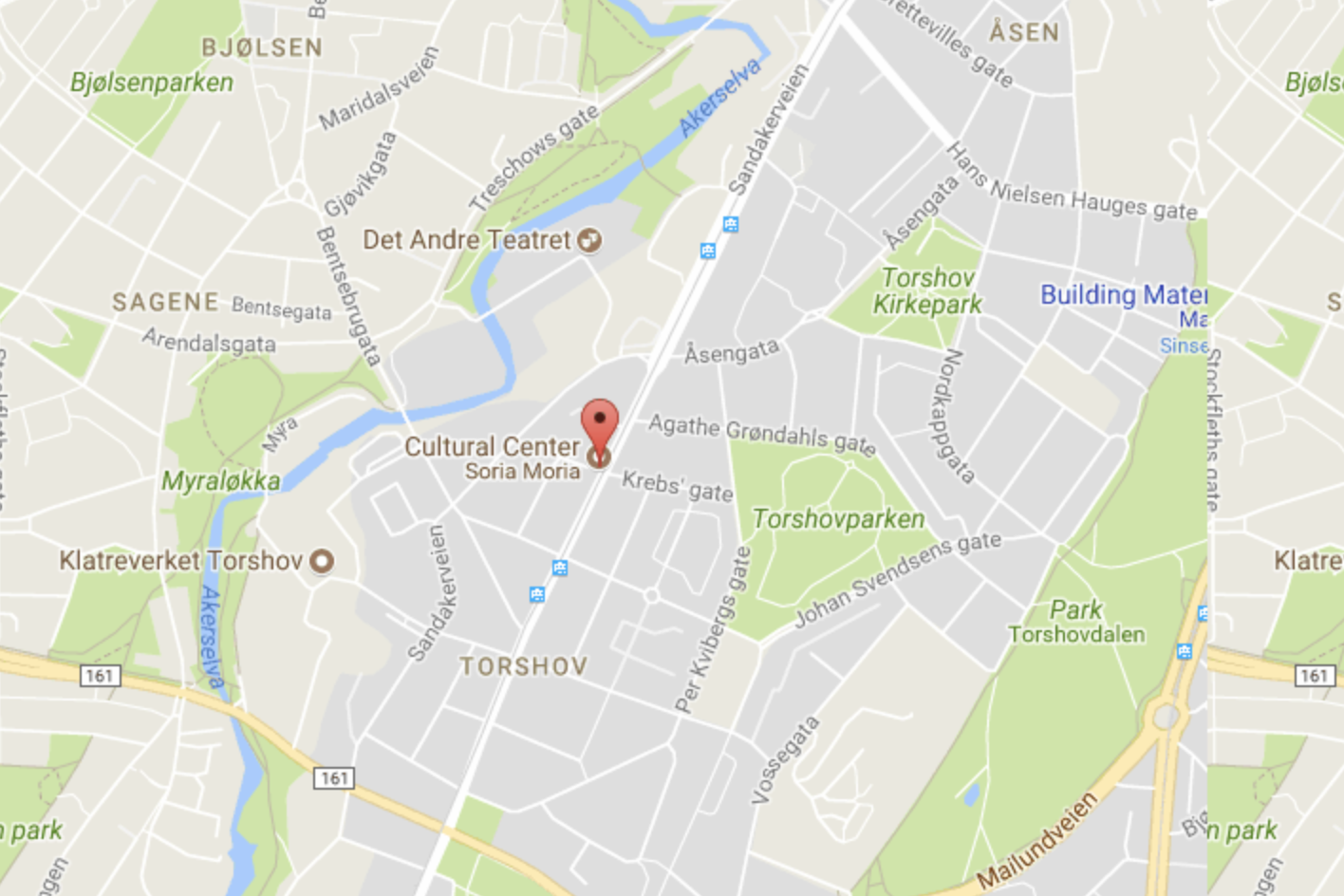 The Web Rebels conference is an event which takes place on the 24-25th of May 2012 in Oslo, Norway. We are non-profit community driven conference for everyone who loves programming applications and services using web technology.

Our focus is on the art of programming the web based solutions that we all use and cherish. We are very excited to host this community event and we welcome all of our friends around the world who share our passion.

We love all things related to programming with web technology. Whether it is the corner stones of the web today like JavaScript, or potential new languages such as ClojureScript or Dart. If it is potentially disruptive technology such as PhoneGap or WebGL. Or if it is talks the tools we use to create amazing experiences. We all love it and would love to have people talk about it at our conference!

The organizers of this conference comes from the community surrounding the Framsia Meetup group in Oslo. This Meetup has been immensely popular and pulls 100 plus developers on a regular basis who all love programming with web technology.

Seriously: upgrade to the newest version of your browser.
It will do you good!